Greetings from the Pee Farm!

Well, the weather forecasters are predicting a good ole nor’ easter for tomorrow into Friday. Accumulation forecasts are all over the map. As usual, we will see what actually ends up on the ground when all is said and done. 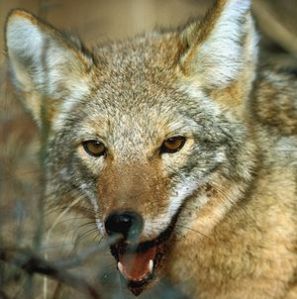 In the mean time, before hunkering down for the storm, I thought I would squeeze in a blog post. I know that I have posted about the coyote problem that is facing the nation many times, but it is a nuisance that is not going away, and we still haven’t sufficiently gotten the word out about the usefulness of 100% Wolf Pee in combating this situation. Below are articles from states across the nation that have been written in the past few weeks alone. They vary in tone, but they all recognize the growing threat of the coyote to small pets at the very least. One article mentions that the coyote has become the top predator since the eradication of wolf and mountain lion in some areas. Well, it stands to reason that if the wolf is a step above the coyote in the food chain, the coyote has instinctual fear of its natural predator and that is why even if the coyote has never seen a wolf, wolf urine will scare them. But, I will let you make up your own mind about that . . .

I received this testimonial in my Peemail box just today . . .

“I have used wolf urine in the past so did a google search for wolf urine as a
deterrent. searched your website also for dispensers as they are hard to find. it
has kept coyotes away from my ducks. Penny”

Until I find more words. . .The PeeMan

One thought on “Coast to Coast Coyote Troubles”

Starting and growing your own business

A place where words come alive

Adelaide Plains Pest Services in a famous name in the pest treatment industry as they are highly appreciated for the task they perform and the outcomes presented to an individual.

Create A Better Version Of Yourself

Thoughts and Perspectives From the Mind of a Common Girl

Listen to your inner self..it has all the answers..

Tackling your pest problems one pest at a time.