In the literary world, the weasel family often gets a bad rap. Consider that in children’s books such as the Wind in the Willows and the Redwall series the members of the family Mustelidae are always the bloodthirsty villains. Why do these animals with debatably cute faces get cast as the vermin warlords and thieving good for nothings? 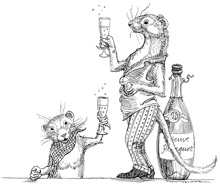 Well, it is clearly drawn from the fact that in the natural world, there are few predators of a similar size that can wreak such havoc so quickly and create a scene among its hapless victims that would make even a horror fan cringe. It is not just that the weasel tends to viciously attack the head, neck or jugular of its prey but that it seems to at times be overcome with bloodlust and will often massacre anything within its immediate radius. The weasel often kills more than it can eat and leaves behind bloody, mutilated carcasses in its wake. Here are some other weasel facts:

“Members of this family(Mustelidae) are generally characterized by long bodies and necks, short legs, small rounded ears, and medium to long tails. All have scent glands, generally used for territorial markings but in some animals for defense.”

There are two types of weasels commonly found in North America. The short-tailed weasel and the tiny least weasel.

As you can clearly guess if you haven’t experienced it first hand, weasels can be a very destructive chicken predator. How can you determine if you have a weasel around? The best way, unfortunately, to confirm this is after an attack has happened. 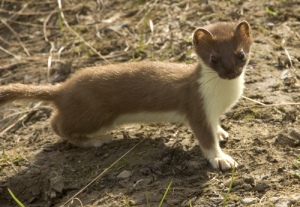 If birds are dead and not eaten, if multiple birds have been attacked at the jugular, head, and neck, internal organs have been eaten and/or eggs have been broken in at the ends, a member of the weasel family is probably to blame.

Once you have identified the predator, then you must make sure your coop is secure(no holes in the wire, gaps or other potential means of access). Then it is time to use the natural predator-prey instinct to keep the weasels away for good. How? Wolf urine! The wolf is a natural predator of the weasel and fear of this predator is programmed into every weasel even if they have never been within miles of a wolf.

So, identify the predator. Secure the coop. Create a pee-rimeter around the area you want to protect and rest easy.

Until I find more words . . .The PeeMan

Starting and growing your own business

A place where words come alive

Adelaide Plains Pest Services in a famous name in the pest treatment industry as they are highly appreciated for the task they perform and the outcomes presented to an individual.

Create A Better Version Of Yourself

Thoughts and Perspectives From the Mind of a Common Girl

Listen to your inner self..it has all the answers..

Tackling your pest problems one pest at a time.